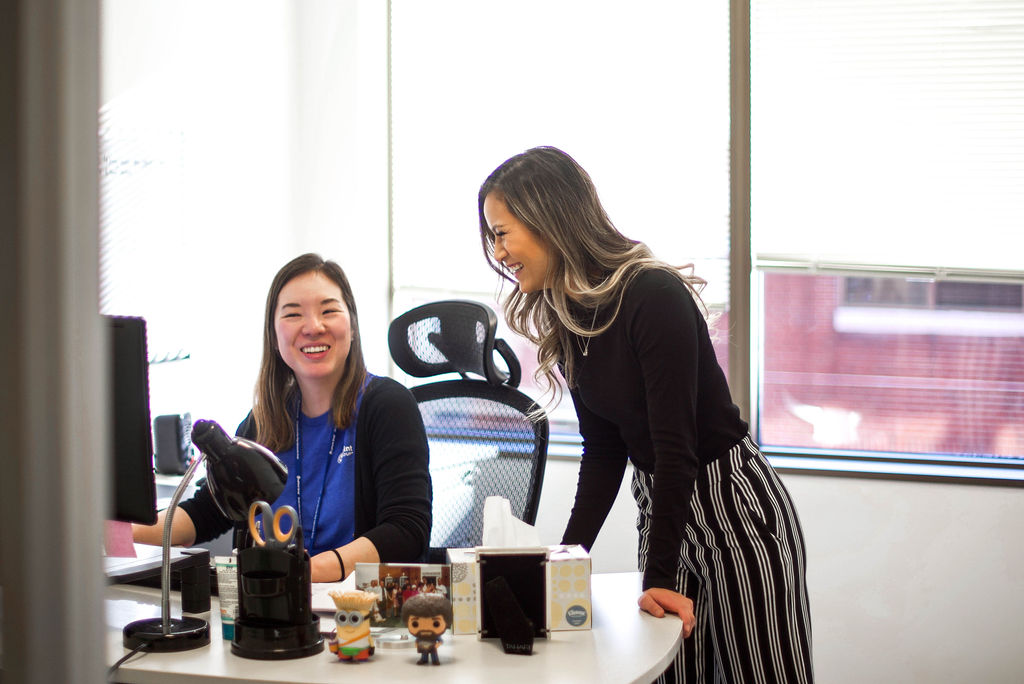 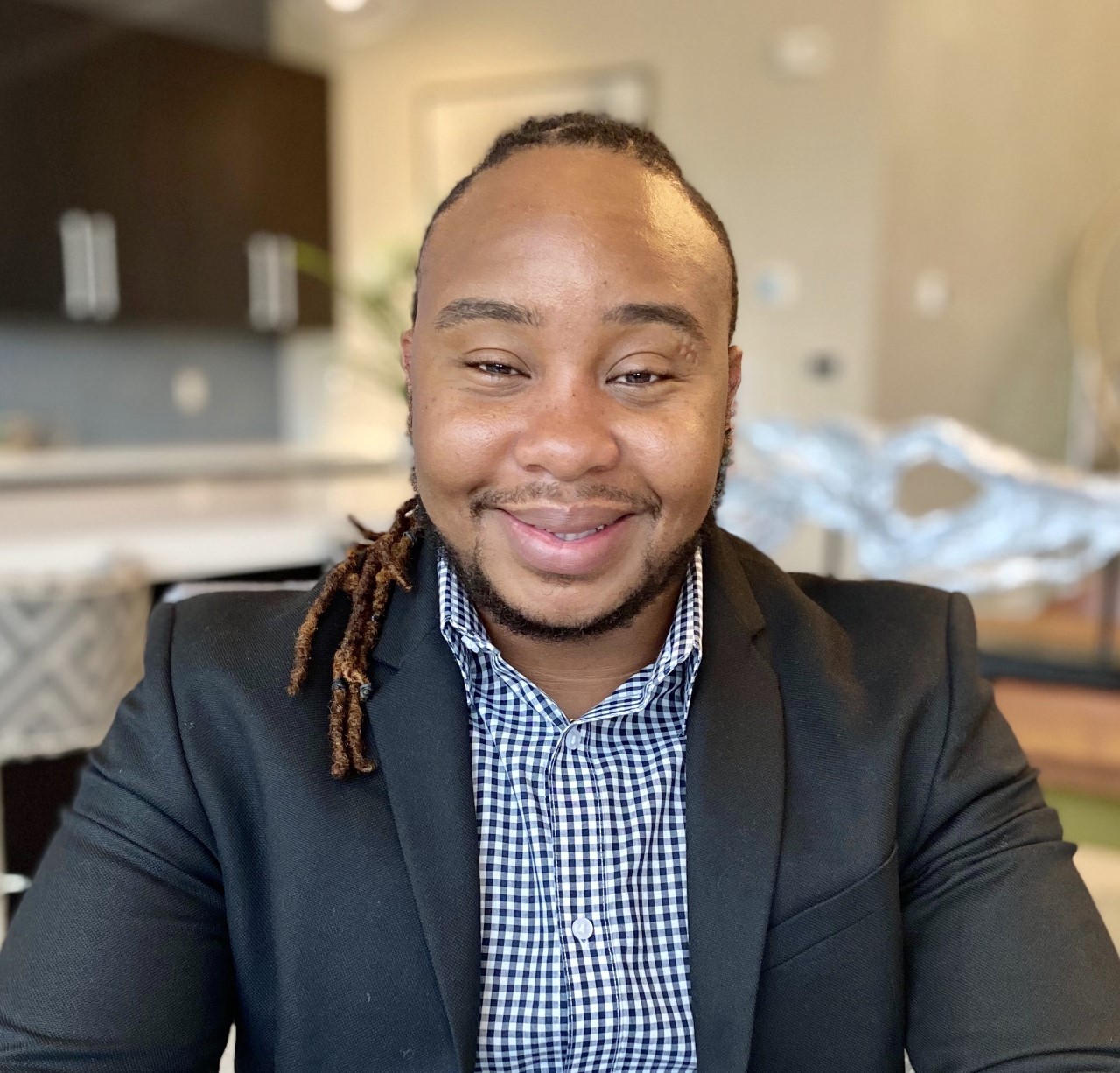 Frequently stated, not often enough repeated, “Diversity is an action, inclusivity is a culture, and belonging is a feeling”Forbes, 2017

My Experience at MindPoint Group

A few months ago, MindPoint Group (MPG) sponsored a group of employees to attend the 5th Annual Lesbians Who Tech (LWT) Summit. During the conference, I remember feeling chills run through me as I sat in the Castro Theatre for the opening ceremony. I looked around the auditorium at all the other technology-minded professionals from many different walks of life and felt a feeling that had become very familiar to me: self-consciousness, and acute awareness of the people around me. However, it was not alienation that I felt, but cohesion and appreciation of the uniqueness surrounding me.

I returned from the conference excited and empowered, in appreciation of my uniqueness. Being a part of the LGBTQ community, but also in technology, and particularly cybersecurity. The LWT Summit included over 5,000 Lesbian, QueerWomen, and Allies in all areas of technology. I was inspired by being able to engage in my professional passion for cybersecurity, as well as humbled for the opportunity to do so while feeling comfortable being myself. I realized that MPG is the first company that I have ever worked for where I can openly share several of my invisible identities with colleagues. When I first joined five-plus years ago, I was optimistic yet somewhat skeptical that my whole self would not be embraced and welcomed by the company’s partners, management team, and employees. Over time, however, I began to let my guard down and shared various aspects of my identity. The entire MPG team responded inclusion, demonstrating that it is a company that believes in fostering a trusting environment—one where everyone can work creatively and productively while being surrounded by immense diversity. In fact, it’s part of what makes us collectively so good.

Sadly, at LWT, I came to realize that many people do not share my same experience and support that I receive from MPG. Instead, many had to make heartbreaking sacrifices to leave a job that they loved in order to remove themselves from a toxic work environment. For some, merely removing themselves was simply not an option, and as a result, they remained isolated, unable to bring their whole self to their work and career. At MPG, I am unapologetically me. I’ve been lucky to have so many aspirational role models in the LGBTQ+ community. Many of my role models (writer Lena Waithe, businesswoman, actress, and transgender rights advocate Angelica Ross, and US Virgin Islands SenatorJanelle Sarauw, to name a few) are breaking barriers in their communities and respective fields while also inspiring people to be true to themselves. MPG is built on the foundation of inclusion, and this very foundation is represented by MPG’s diverse employee population. I can say from personal experience that this feeling of comfort and acceptance is contagious. Others searching for MPG careers might have a few questions about our diversity stance, and its progress over time:

Through candid conversations with MPG’s leadership and some eye-opening statistical data, I aimed to explore these questions, so anyone interested in workinghere will see that we practice what we preach.

How the Leadership Team is Committed to Diversity

We all know that Cybersecurity as an industry has a lot of room for improvement on an equal representation of women and minorities in the workforce. The good news is that it is slowly starting to improve. In 2017, we saw that according to the Global Information Security Workforce Study, women comprised only 11% of the global cybersecurity workforce.  The same study found that in 2019, the cybersecurity workforce is made up of 24% women. While this isn’t considered anywhere near an equal representation, it is an encouraging step in the right direction.

Comparatively, MPG has always been above the global average. Right now, 32.9% of MPG employees are women and 22.3% of those women are minorities.

As a managing partner and Vice President of Corporate Operations at MPG,Mariam Es-Haq understands first-hand the many challenges women face in the workforce. Leveraging these experiences, she advocates diversity in all facets of business. She understands this is crucial to sustaining a positive and healthy workforce, stating “at the core of who we are at MPG is diversity, acceptance, celebration of individuality and perspective that each unique identity brings to the group.” These components of MPG’s culture and the support shown to its employees when hiring members of minority populations enable MPG to become representatives of diversity and intentionally buck the norms of resistance to diversity in a corporate arena.

These statistics speak illuminate the need to make significant progress in terms of diversity, but the small increases we’ve been seeing are due to the efforts of companies like MPG. As a manager in the field, I know how important it is for everyone on a team to be able to bring different ideas to the various problems we are tasked with solving. This is evident by the creative methods used to securely thwart cyber-attacks of environments, it has been proven that in fields that value innovation and new ideas, diversity undoubtedly helps.

Taking into consideration barriers to entry, support of employees with education and training, and inclusion of minorities in positions of leadership,Managing Partner and Vice President of Information Security & Privacy, MattShepherd, shares his rationale for why he believes strongly in creating a culture that ensures diversity is incorporated at each level. “If we take a hard look at MPG, I do not think we would be disappointed at what we saw. As an executive team, we have made sure there are no barriers to entry for candidates who pursue employment with MPG. We have very serious intentions for supporting diversity and would like to think we have created safe spaces for employees to share their concerns openly,” says Matt. The creation of an environment where employees at MPG know who in leadership positions they can go to for questions, ideas, and criticisms related to diversity and inclusion, and receive visible support is one that was very intentional.

Based on my conversations with the partners at MPG, they figured out very early on the key to diversity and the positive impact it can have on the company and the cybersecurity industry. They understand that due to the technical nature of the field, people are often brought together to solve problems in groups. When those groups consist of individuals from different backgrounds with different experiences, people can bring unique information and experiences in support of the task at hand for better results.

How Do you Keep the Momentum of Diversity Going as MPG Continues to Grow?

“It’s simple really, by paying it forward and putting your money where your mouth is.” In hearing Marc Dixon, Managing Partner and Vice President of Business Development Operations, speak about how it is MPG continues to make its presence known in the cybersecurity realm. Dixon said “We are always looking for ways to support and promote programs or initiatives that provide opportunities for various diversity groups to have greater participation in our industry. Case in point, the goal of having more women in technology, specifically cybersecurity, is an ongoing focus for us. We consistently support programs that work toward that objective from internal training and mentorship of female employees in more technical fields such as security engineering or penetration testing to sponsorship of STEM programs at grade schools.” As a member of MPG’s Volunteer Initiative Program (VIP), I know firsthand the monetary commitments and resources that MPG makes to further diversification of this field.

How Does Diversity Impact Employee Hiring?

Answering that question only brought about others; how exactly does diversity impact employee hiring? It is evident MPG was founded on principles of diversity and inclusion, but now the question must be asked, “how exactly does diversity impact employee hiring?” I posed this question to ManagingPartner and President of MPG, Patti Chanthaphone and it became even more evident that diversity wasn’t an abstract concept or practice at MPG, it wasMPG. Patti said that “although we (the four Partners) all come from very different backgrounds and ethnicities, we all share many of the same beliefs and ideologies of what a workplace should look like.” It was only after getting involved in the SBA programs she realized the uniqueness of the company’s ownership, stating that “the culture here is built on empowering our employees.Programs and contracts show that we are geared to redefining diversity in the cybersecurity realm.” I thought to myself, whether it is conscious or not, the partners were communicating that this field should feel like an inclusive place for anyone, no matter what background and beliefs they have. With the proliferation of cybercrime in today’s day and age, companies in the cybersecurity industry who are able to be agile in their recruiting methods and remove the boundaries and typical methods for recruiting talent will inherently be able to provide the most innovative and talented pool of resources to their clients.

Diversity Cannot Be Achieved Without Allies

Too often, I think we forgot that true diversity means inclusion of everyone and that it takes participation from everyone to achieve diversity.  While so far, I have dedicated a significant amount of this blog to highlight the “minority segment” that contributes to diversity, I think it is equally important to have a discussion regarding the importance of allies to diversity.  While interviewing for this blog, I asked the partners a series of questions. One question was “Do you feel you can disclose your entire identity at work”. All the partners who I interviewed on this specific question are part of the “minority segment”. When asked if he was able to disclose his entire identity in the workplace, Matt Shepherd responded, “I feel my viewpoint is irrelevant on this question. I don’t think it would be fair of me to claim there are some aspects of my identity that I have to keep secret because I think it diminishes the real concerns that people might have about discrimination based on gender, sexual orientation, and any other aspects that they feel they may need to conceal, even to the point of having to be fearful of their personal well-being. I am a white, cisgender, heterosexual male, so typically, the default setting of society and certainly the workplace in the cybersecurity industry for me is “comfortable.” He went on to further explain, not casting aside individual issues that a white, CIS, heterosexual male may have as being valid ones, but also acknowledging the importance of specific attention being paid to protecting any demographic from discrimination. It’s evident how important diversity is to the four partners; the notion that no one needs to sacrifice the importance of their own diversity to ensure others feel included was a powerful concept.  At MPG, diversity and inclusion were baked into the mold, as a founding principle of the company. Even with the foundations being deeply rooted in equality, preservation of such a culture would be difficult to maintain without everyone moving together towards a common goal. These thoughts took me back to my memorable experience at LWT. Allies are often some of the most effective and powerful voices of any movement, and that is certainly the case at MPG.

Interested in working for a company committed to diversity and inclusiveness? We're hiring! 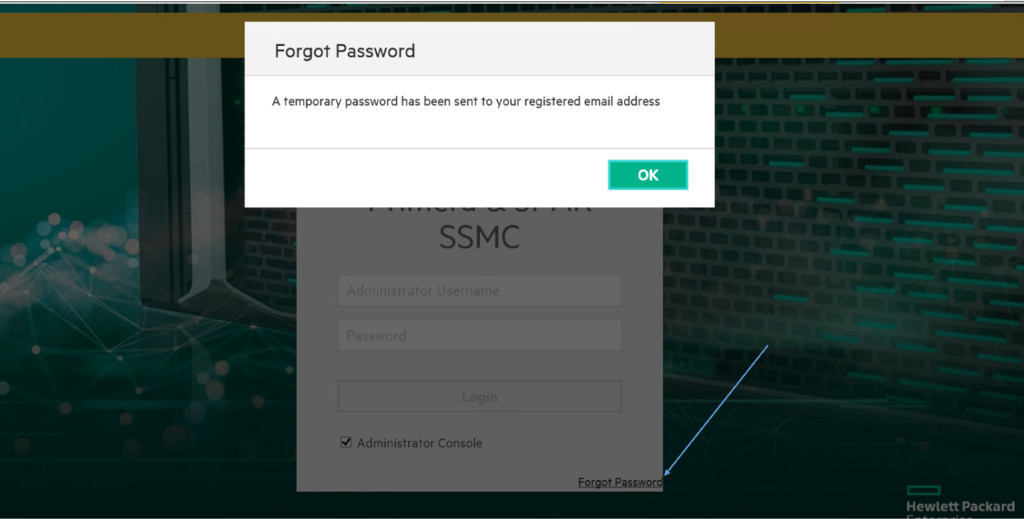