Recently I had the opportunity to test an installation of AtHoc – BlackBerry’s emergency notification system. During the course of the test, I discovered an XML External Entity (XXE) vulnerability in BlackBerry AtHoc 7.6.0 affecting the Delivery Template feature used to customize emergency notification messages and demonstrated how an authenticated attacker could read files off of the underlying server. This is important because an XXE vulnerability poses risks to any organization, but it becomes particularly critical when the potential data is sensitive.

From the AtHoc website: “AtHoc’s comprehensive suite unifies crisis communications within and across organizations, their people, devices, and external entities.” In a nutshell, AtHoc is used to alert and track members of an organization during a crisis event such as an active shooter or terror attack, where effective communication can save lives. The platform is used across a broad swath of industries, including commercial, military, federal, healthcare, state & local, and transportation & airports.

Considering the critical function of this platform and the nature of the industries using it, the impact of this finding could have potentially life-threatening ramifications if used as part of a larger attack. This blog details the vulnerability and my findings.

What is an XXE attack?

In order to understand this particular XXE attack, let’s first define the various components that allow for this vulnerability.

XML
Extensible Markup Language (XML), is a flexible markup language capable of defining instructions for processing itself in a special section called the Document Type Definition (DTD). Within the DTD, “XML entities” can be defined that tell the XML processor to replace certain pieces of text within the document with other values during parsing.

XSLT
eXtensible Stylesheet Language Transformations (XSLT) is a language for transforming XML documents into other XML documents, or other formats such as HTML for web pages, plain text or XSL Formatting Objects.

XXE
An XML External Entity (XXE) attack is a type of attack against an application that parses XML input. This attack occurs when XML input containing a reference to an external entity is processed by a weakly configured XML parser. This attack may lead to the disclosure of confidential data, denial of service, server side request forgery, port scanning from the perspective of the machine where the parser is located, and other system impacts.

From a high level, we’ll be injecting our malicious XXE attack into a field that accepts XML and XSLT code in an attempt to manipulate the processor into including the contents of an arbitrary server file in the final rendering of our input.

With the definitions out of the way, let’s explain the attack.

Note: As mentioned above, it’s common in XXE attacks to attempt command execution or calling malicious external DTDs to launch more sophisticated attacks including Out-Of-Band (OOB) file reads and data exfiltration. I was only able to confirm in-band local file disclosure during the test, however, there are several examples of relevant XXE exploits (XXE in IBM’s MaaS360 Platform; XSLT Processing Security and Server Side Request Forgeries), where the researchers were able to execute commands on the server or to exfiltrate data which provided access to sensitive information as a result of this vulnerability.

Though the demonstration above showed us the content of a sample file generated for testing purposes, in real life this could be used to read any* file on the server that the AtHoc service has permission to read and that an attacker can guess/brute-force or knows the existence of. This could include passwords, server and platform configuration data, etc.

*The caveat being that files containing certain characters, e.g. “&” and “<” will break the rendering process in the attack demonstrated. Consult the exploit references presented above for potential bypass methods.

I want to thank BlackBerry for their diligence and consistent communication during the disclosure process. 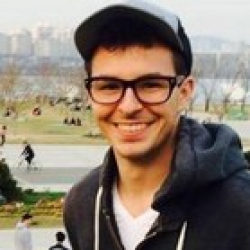 Nolan Kennedy
Team Lead, Proactive Security at MindPoint Group
Nolan is a network and web application penetration tester with over a decade of professional experience in a wide range of information security roles. He got his start defending and testing networks in the US Navy and transitioned to leading a vulnerability management program for the SaaS division of a Fortune 500 company. Currently, he is a Team Lead at MindPoint Group where he is successfully executing penetration tests and Red Team engagements for commercial and government clients.

Latest posts by Nolan Kennedy (see all)
Next Stories