I recently spent some time exploring the issue of CloudFront domain hijacking. This is not a new issue but I think it has gone mostly unnoticed for a few reasons:

Each CloudFront distribution has a unique endpoint for users to point their DNS records to (ex. d111111abcdef8.cloudfront.net). All of the domains using a specific distribution need to be listed in the “Alternate Domain Names (CNAMEs)” field in the options for that distribution.

(Update 4/5/18: We’re up to seven subdomains on three different US “dot gov” sites that have been parked and reported.)

A number of discussions with both the AWS Security team and the CloudFront engineers have followed. The CloudFront team accepts that the nuances of CloudFront’s routing mechanism that lead to this condition leave room for improvement. However, AWS has deemed that this is not a vulnerability in the CloudFront service.

These issues are part of the growing pains of cloud adoption. For CloudFront in particular, most AWS customers with a single distribution can protect themselves by adding a wildcard domain (such as *.disloops.com) to the “Alternate Domain Names (CNAMEs)” field.

After this year’s S3 bucket exposures, Amazon rolled out changes to the console and began alerting users with open buckets. They provided a similar service to users that uploaded their API keys to Github once the issue became pervasive. Depending on the impact of CloudFront domain hijacking, certain safeguards could appear in the near future. 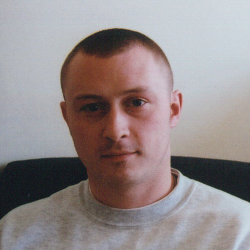